How to encourage children

A few months ago, my younger son drew a piece of art and handed over to me. He said to me to send his drawing to the Young world to publish the same. I sometimes forget to do that. So he reminded me every now and then to complete the work. Finally one fine day, I sent the artwork through email and I almost forgot the same. Every week he used to check every edition of the young world. He was disappointed to see his art work not being published in the young world. A few weeks later, gradually he lost interest in doing art work and he completely quit the process. If I ask him to start anything new, he would give me hundred different excuses to escape from the request.

Weeks passed, months passed and one fine day his school correspondent pinged me in WhatsApp indicating that his artwork has been published in the Young World. My son was excited to the core. He never thought it will be out in the world. It was like a miracle and a dream coming true for him. He asked me to show the newspaper to him. He was holding the newspaper and staring at his artwork for zillion seconds. He did not want to come out of the scene so soon. After few weeks, we could see another art work from him getting published in the Young World. This time he was really happy. No words to describe his ecstasy and the feeling.

A couple of days later, I can see my son sitting on his study table and started doing artwork on his own. Nobody insisted him to do the work. The huge encouragement he got by seeing his name in the newspaper did all the trick. Every time he would like to see his name and his work in the magazine. It is quite natural for any human being and it is a good addiction. We often have so many dreams and goals for our children. However, if we can direct them to pursue in the right direction everything is achievable.

Every goal of the parent is possible by channelizing their thoughts in the right manner. I don't mean to say we should force them to achieve something. They don't know what is good and what is not. For example, in my case, I was asking him to spend a little time in the art which was not happening for a long time until his work got published. I won't say I forced him towards the target. But there is a way to make them get there. Similar way we think that our children should be great readers, thinkers, and develop their creative analysis. These are great goals. Making them achievable is all in our hands. We need to figure out only the right way to get there. 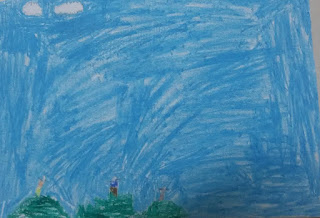 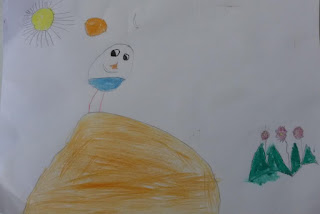 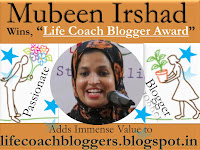 mubeen
Chennai, Tamilnadu, India
I am Mubeen mother of two wonderful sons. I write creative content whenever I get a piece of silence around.